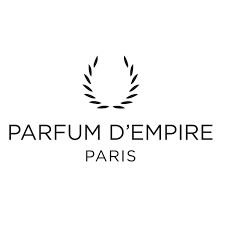 A powerful, addictive, erotic aura… The scent of heated flesh, solar, feline, subtly leathery. This elixir reinvents in a novel, contemporary style, the most suave note in perfumery, worshipped for millennia: Tonkin Musk.
The Chinese have prized it since Antiquity for its aphrodisiac virtues. Its smell was considered so heavenly by Islam it was blended into the mortar of some mosques so that they would exhale it in the sun. It was so penetrating that ships loaded with tea would refuse to carry it for fear it would impregnate their cargo… Tonkin musk, produced by a species of Himalayan deer, was one of the most precious ingredients of the perfumers’ palette: it suffused their blends with a sensual aura that fixed and magnified every other essence.
No longer used for ethical reasons, natural musk still haunts perfumers since it has never been perfectly replaced. It is to capture this fascinating ghost that Musc Tonkin reinvents it by blending the most opulent raw materials to conjure its myriad facets. Their names don’t matter: like the mysterious charisma of certain people who draw us into their wake, Musc Tonkin should be experienced rather than described.
Vibrant, facetted, surprising, at once nocturnal and solar, this aphrodisiac potion changes on each skin, the better to enhance it. A lick of salt for the taste of skin. A heady floral whiff to remind us that perfume links our bodies to the erotic spells of nature. A liquorous, mulled-fruit burn contrasting with a light, shimmering veil of powder… Unctuous as honey, melting and waxy as the finest leather, the scent conjures living flesh heated by pleasure but also its mossy ink-black depths.

Notes: Musk, Salt, Honey, Leather, Moss and the rest we can just guess